Raksha Bandhan is coming. Yes, it is coinciding with Independence Day, making the celebrations doubly joyous, but the number of holidays annoyingly lesser 🙁

This festival is dear to all those blessed (or cursed ;)) with siblings. The day holds great importance for Indians. It is the day when we, no matter how busy we are, always make it a point to be together and celebrate it with laughter, food and family.

But most of the times, the things that are dear to us, are the least we know about. Before Raksha Bandhan comes this year, fill your brains with all the important and interesting things you should know about this occasion.

Raksha Bandhan- The Time of Celebration

Raksha Bandhan is an Indian festival that was born to celebrate the unique love and hate relationship of brothers and sisters. It falls on the full moon day of Shravan Purnima that usually comes in August.

There are various legends associated with the festival of Rakhi. Each one is credited to commencing this beloved festival of the brother-sister bond. There is the story of Draupadi tearing a piece of cloth from her saree and tying it to Krishna to stop his finger from bleeding. Krishna in return promises to protect her from any grave trouble in the future, which happened to be her celestial stripping done by Dushasan.

Another tale is of Yam and Yamuna. Once river Yamuna was excited because her brother, the Death God Yamraj had decided to visit her after a very long time. In honour of his much-awaited visit, Yamuna fed him delicious savouries and tied him a Rakhi as a token of her love and respect to him. Yam in return granted her a boon of immortality.

Rakhi and Its Celebrations

Different parts of India celebrate Rakhi differently. The most common tradition of this festival includes getting up early to start prepping for the celebrations. The celebration includes tying of the sacred thread by a sister on her brother’s wrist, applying tikka on his forehead and performing his arti with the puja thali.

It ends with both feeding sweets to each other from the puja thali and the sister receiving gifts from her brother. The purpose of the whole ritual is for sisters to seek protection from their brothers and pray for their well-being.

The Rakhi Thread- Does It have any Significance?

The thread that a sister ties on her brother’s wrist is very auspicious. The thread signifies the ‘Bandhan’ part in Raksha Bandhan. It stands for the bond the two share and its tying signifies Protection or ‘Raksha’, which the younger sister seeks from her brother.

Turn Back the Pages- Historical Episodes Associated with Rakhi

When it comes to Rakhi, there are plenty of legends and myths associated with it. One of the historical legends is of the time when Alexander invaded India to win it and the furious King Puru aka Porus declared war on him. Desperate to save her husband from the brave warrior Puru and his army,

Alexander’s wife Roxana sent the king a Rakhi, requesting him not to hurt her husband on the battlefield. Touched by her gesture, Puru kept his promise and this formed a royal friendship between the two kings.

There’s another, related to Rani Karnavati and Emperor Humayun. This was when war between Rajputs and Mughals broke out due to invasion by the latter on the former. From the Rajput side, the widowed Queen Karnavati was fighting the Mughal emperor Bahadur Shah Zafar. When she got defeated the second time, she realised she needed help.

She turned to emperor Humayun by sending him a Rakhi, asking for protection. Humayun, on receiving the request of help in this form, immediately ordered his troops to turn towards the warring Chittor, leaving behind the war he was in.

Changing with the Times- Rakhi Then and Now

With time, everything changes, even the hard-core traditions and festivals. Raksha Bandhan has greatly changed in the way it is celebrated. Earlier, it was only the sisters who would be pampered with cash or shagun or chocolates and mithais as gifts. Now both brothers and sisters see the festival as a means to express their love for one another through thoughtful gifts.

Even the Rakhi threads have undergone a huge transformation over the years. From being simple and humble like the brother-sister relationship in those days to the more hype, extravagant pearl-stone studded and cartoon themed ones today, the Rakhi thread seems to be symbolizing the changing times in its own way.

And not to forget the Rakhi delivering scene. Gone are the days of going to the courier office with the small, poorly packed parcel of Rakhi to be delivered to Bhaiya in Delhi. The online shopping portals today, not only help to get Rakhis and gifts across different parts of India but also out of it with a few clicks, all from the comfort of your homes or offices. And you can also select from a number of Rakhi thread designs, Rakhis with chocolates, sweets combos and exciting Rakhi gifts online at great prices.

Only for Real Brothers?

No, the sacred Rakhi thread is not just tied by sisters to their brothers. In certain regions of India, like the Uttar Pradesh, Rakhi is tied by a sister to her sister-in-law as well. These Rakhis are called Lumba Rakhis. Also, sisters who have sisters, tie Rakhi to each other. Same goes for only brother pairs.

People also tie Rakhi to the murti or photo of the God they have faith in. Many women from different religions come forward to show their respects towards the greatest protectors of mankind i.e. police and army. And with Rakhi falling with Independence Day this year, the patriotic fever is going to go one step higher.

Not Just a Festival of Hindus

The symbolic meaning of the festival connects with everyone, be it of any faith, because the sister-brother bond is the same in every household, no matter the religion. Every year, you can see hundreds of Muslim and Catholic women tying Rakhis to their family members or to people who have ever helped and protected them in their lives. Because of the huge Indian population residing in these countries, Raksha Bandhan is celebrated with equal enthusiasm in Nepal, Mauritius, Canada, Australia, USA and UK. 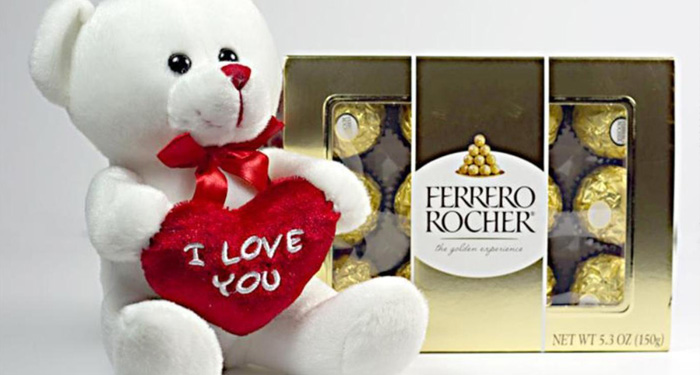